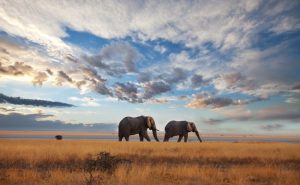 Tourist attractions in Kenya which is located in the Eastern part of Africa is one of the premier Safari destinations of the world. Unsurprisingly therefore, Kenya was named as ‘Africa’s Leading Destination’, whilst its bustling capital city Nairobi was named ‘Africa’s Leading Business Travel Destination’ during the World Travel Awards 2020  (WTA). The declaration was made during the Africa Winners Day, conducted as part of the 27th World Travel Awards.

The results are especially impressive as they come during a challenging year long journey for the world’s travel industry. The award is highly valued as winning destinations are selected by highly experienced travel and tourism experts from across the world. Kenya is a deserving winner thanks to the magnificent wildlife, picturesque tourist locations and well developed  infrastructure. The Kenya tourism industry has also played a part in the country being a highly popular holiday destination in Africa, mainly due to the fact that tourists can book a wide variety of Kenya Packages catering to Safari travelers from all price categories including budget three star to ultra luxurious five star tours that package all inclusive safari tours with stays at award winning seven star boutique hotels and tented camps.

Considering the negative psychological effects of living through a pandemic and the restrictive lockdowns experienced in most parts of the world, once the situation allows international travel once again, an African Safari is probably one of the most desirable vacation experiences, allowing one to feel free and unconfined as you explore the large open spaces of the East African savannah. Listed below are some of the unique wilderness locations, specifically National Parks, that are worth visiting in Eastern Africa.

Masai Mara
The Masai Mara National Reserve is one of Kenya’s premier wildlife conservation areas and arguably the most well known safari destinations in Africa thanks to the fact that the annual Wildebeest migration takes place here every year, seeing millions of animals cross from the Serengeti National Park to the Masai Mara Reserve. The “ Great Migration “ as it is also referred to the world over, typically begins in July and runs through till September, by which time over a million wildebeest will have trekked many miles north from Serengeti to Masai Mara in search of pasture. During the migration the animals have to cross through rivers which are inhabited by huge Nile Crocodile which prey on the wildebeest and zebra, scenes of which are often captured by leading television documentaries such as the Big Cat Diary.

Masai Mara also has plenty of the “ Big Game “ animals such as Lions, Leopard, Rhino, Elephant, Buffalo and Cheetah which are resident in the reserve more or less through the year meaning that tourists will be able to see plenty of wildlife even when visiting the reserve other months of the year before or after the annual wildebeest migration.

The Reserve also offers a great selection of accommodation ranging from most cost conscious options to luxury lodges and camps which are globally recognised for the quality and high standards of accommodation provided to guests.

Nyerere National Park
Currently the largest national park in Africa, Nyerere National Park is a recently formed National Park that has been carved out from the already existing Selous Game Reserve located in the South East of Tanzania. The newly formed park, officially gazetted in 2019, was named in honor of the founding father of Tanzania, former President, the late Mwalimu Julius Kambarage Nyerere.

Nyerere National Park occupies the northern portion of Selous Game Reserve and presently covers an area of 30,893 square kilometres. The newly formed national park will be further developed by the Tanzanian Government as a premium photographic safari destination. The addition of this park brings the number of protected photographic wildlife safari parks managed by the Tanzania National Parks Authority (TANAPA) to 22.

Nyerere National Park is considered largely unspoilt due in part to its location in Southern Tanzania which has so far experienced a lower degree of mass tourism compared to parks such as Serengeti and Lake Manyara in the northern Tanzanian tourist circuit. This makes Nyerere Park more attractive to those travelers who wish to see the more pristine part of Africa with fewer tourists and more of a natural environment with minimal human interference.

The park is also famous for the magnificent wildlife,  notably the prolific African Wild Dog population. Nyerere National Park is also home to the mighty Rufiji river which flows from inland Tanzania to the coast, draining into the Indian Ocean. The zones of the park that touch the Rifiji river are categorized as one of the premium photography tourist sites.

Amboseli National Park
Amboseli National Park is another well known park located in south eastern Kenya and is famous for the amazing Elephant population that resides in the park. An Elephant Research Project has in fact been established in Amboseli since 1972 by Cynthia Moss and Harvey Croze to conduct studies into the ethology of the African Elephant and includes the study of the Elephant’s social behavior.

Amboseli, which is located in Kajiado County of Kenya, also happens to be one of the best places to see Kilimanjaro, the highest mountain in  Africa. While the mountain itself sits in Tanzania across the border, Amboseli offers magical views of Kilimanjaro and the chance to get that special shot of a herd of Elephants grazing with the background of the snow capped mountain in the background. Truly a photographer’s dream shot which attracts many photo enthusiasts to the park in the hope of capturing that special image.

Lake Nakuru National Park
Lake Nakuru National Park, created in 1961, surrounds Lake Nakuru, which is located south of Nakuru town in the Rift Valley province of Kenya. The park measures 190 square kilometers and is UNESCO World Heritage site. This park is especially famous for its rich and diverse birdlife which includes thousands of flamingos, though theri number varies seasonally. The lake itself is generally shallow as is typical of many other nearby lakes which are collectively referred to as the Rift Valley lakes and include Lakes Bogoria and Elementaita. In recent years the water level has increased significantly and the entry gates to the park have been moved to higher ground.

Lake Nakuru National Park also has plenty of other wildlife apart from birds and one can easily sight Lions, Leopard and White Rhino in the park during a safari game drive. The park is a designated Rhino sanctuary. One of the highlights of a visit to this park include a tour of Baboon Cliff which offers breathtaking views of the lake and surrounding highlands.

Lake Naivasha
Lake Naivasha is a fresh water lake located just two hours by road from the capital city of Nairobi. The lake is a highly popular tourist attraction for both locals and foreigners alike due in part to the easy access from Nairobi and also because there are a variety of activities that one can enjoy here including Boat Safaris which are conducted by local boating guides who take tourists around the lake showing them some of the animals and birds that are found in the area, ranging from Hippo and Waterbuck to Fish Eagle and other birds of prey.

Visitors to this lake have the option of booking a walking tour on one of the islands that extend into the lake, known as Crescent Island, which has a sanctuary that houses Giraffe and Zebra. This is a popular activity as it allows tourists to walk among and get fairly close to some of these animals and others such as Waterbuck, therefore providing for a thrilling wildlife watching experience that is much more impactful and eco-friendly compared to watching animals from a vehicle.

Mombasa
Mombasa is the second largest city in Kenya and a major coastal and port city along the East African coastline. Mombasa has a long and colorful history as it has often been the point of entry to the East African territory centuries ago for a variety of traders and famous explorers such as Vasco Da Gama.

Mombasa is also home to some of the world famous beaches of Kenya such as Diani, Tiwi and Shanzu, much loved for their fine white sand and clear turquoise blue waters of the Indian Ocean. The coast is largely lined by a coral reef which offers protection to swimmers and beach goers alike while also providing an ideal environment for water based sport activities.

Mombasa’s beaches are divided between north coast and south coast. Access to the beaches along south coast, where Diani Beach is located, is via a short ferry trip, though the Kenyan Government is now in the process of constructing a bridge that will further ease tourist access to the beautiful beaches south of the city.

Several international airlines fly direct to Mombasa from Europe and Middle East since the city has a state of the art international airport just a few minutes drive from the tourist attractions and beaches.