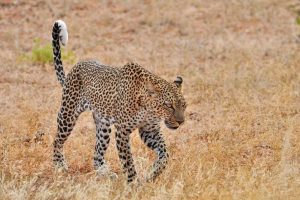 Kenya is endowed with beautiful National Parks and they include the following;

The Maasai Mara is the most visited national park in Kenya because of the Great Wildebeest Migration, which takes place each July and August. People come from far and wide to witness this spectacle, where vast herds complete their 800km (500mi) journey from the Serengeti in Tanzania. The Mara is also home to big cats, with lions found here in large numbers.

Lake Nakuru is best known for the thousands of flamingos that call it home. The blue of the lake is complemented by the pink plumage of the birds, which flock to the area to feed on algae. This national park is also home to rhinos, warthogs, zebras and baboons, as well as amazing viewpoints, such as Baboon Cliff, and an unmissable hike to the seasonal Makalia waterfall. Nakuru means “dusty place” in Maasai.

This national park, part of an ecosystem that spreads across the Kenya-Tanzania border, has Mount Kilimanjaro as its backdrop. Amboseli is the best place to encounter free-ranging African bush elephants, which are the largest land animals in the world. Low rainfall and a system of swamps also make this region a bird-spotter’s paradise, with 400 species to be found here, including pelicans, kingfishers and hamerkops.

These are two separate national parks, separated by a road and railway, totalling around 22,000sqkm (8,494sqmi). Tsavo East is home to the hippopotamus-lined Galana River, the 300km (185mi) long Yatta Plateau, which is the longest lava flow in the world, as well as enormous herds of red elephants, tainted by the red-oxide soil with which they dust themselves. Tsavo West is home to the Mzima Springs, the Shetani lava flows and some magnificent game-viewing landscapes: spot birds, leopard, buffalo and rhinoceros in the open grasslands.

Only 7km (4mi) south of Nairobi, this is the only national park on this list with a cityscape on the horizon. Despite this proximity to humans, Nairobi National Park is host to many incredible animals, such as leopards, birds, lions and giraffes, as well as one of the most successful elephant and rhinoceros sanctuaries in Kenya – the Sheldrick Wildlife Trust.

Arabuko Sokoke National Park only makes up a small portion of the Arabuko Sokoke Forest, which extends along the Kenyan coast. This dense, native forest hosts endemic plant and animal species, such as the Clarke’s weaver and Sokoke pipit birds, and houses the ruins of Gedi, a walled 13th-century Swahili town, with a palace and mosques. Longer hikes in this region reveal the wildlife hotspots of Kararacha Pool and Whistling Duck Pool.

The Chyulu Hills are a 100km (62mi) long mountain range in southeastern Kenya, comprised of verdant hills and volcanic landscapes. Reed bucks and giraffes call this national park home and the landscape invites hikers, campers and cavers – the Leviathan Cave is about 11km (7mi) long and is the longest lava tube in Africa.