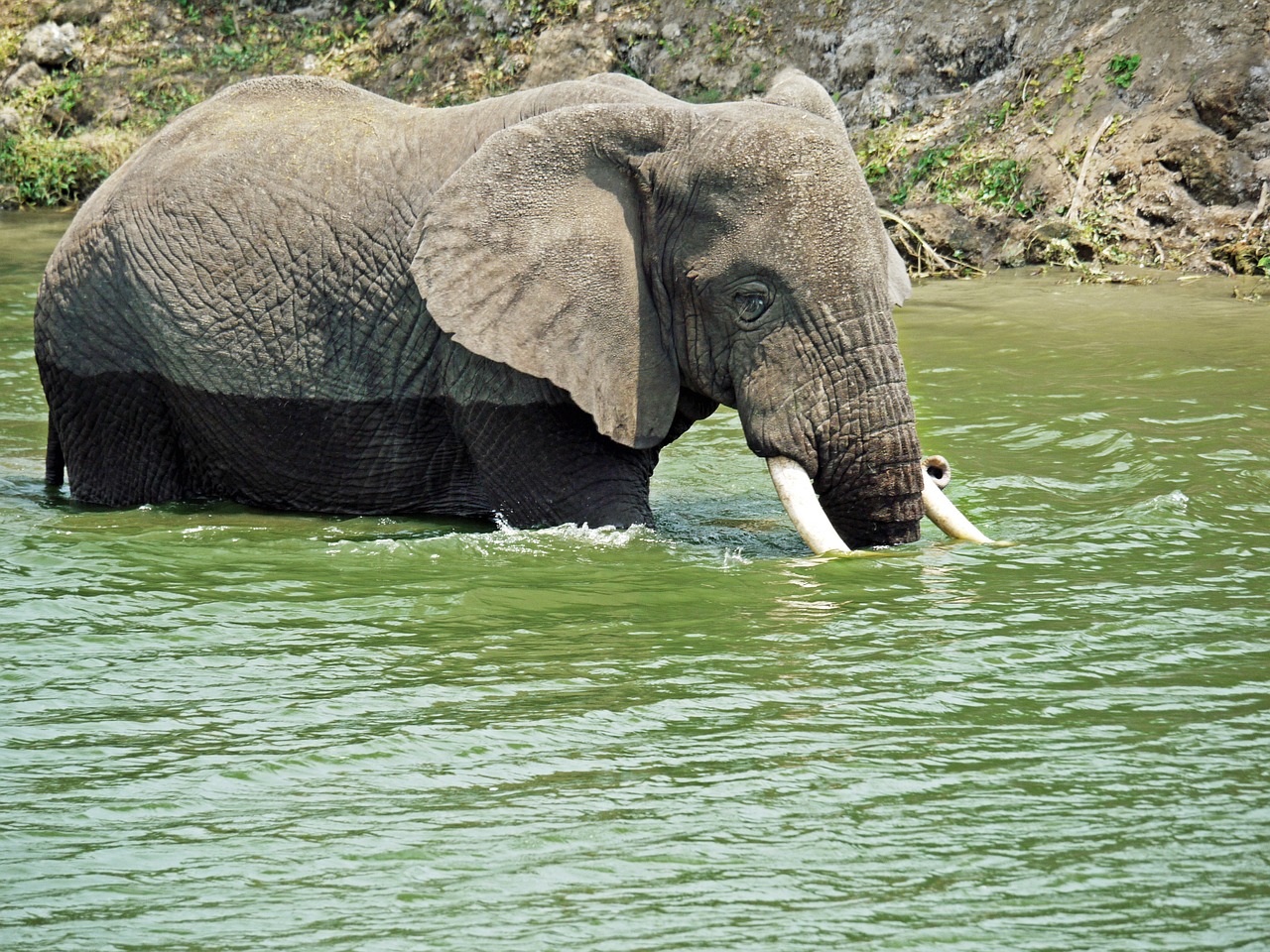 The 1978 Square Kilometer Queen Elizabeth National Park (QENP) is deservedly Uganda’s most popular protected area. It is easy to reach and enjoys a stunning location on the rift valley floor between Lakes Edward and George. Varied habitats epitomise the rift valley vegetative mosaic that tempted our hominid ancestors to migrate from forest to grasslands and are home to 95 mammal and 612 bird species.

Scenically the area has everything. Thirty miles to the north, the blue Rwenzori explodes from the plain, a composite, jagged mass of mountains, sixty miles long and forty wide and looking in certain lights as if you can reach out and touch them.

Across Lake Edward to the west, the Mitumbe hills stand sentinel on the Congo, blue too in the long sight but in the closer green, wooded, precipitous, unfriendly and epitomising darkest Africa.

The eastern boundary of this impressive park is marked by the calm green escarpment of the western Rift Valley. And between all the hills, mountains and lakes is endless savanna, its constantly repeated motif the branched cactus arms of the candelabra euphoria tree.

Thrown in for good measure a great forest, the musically named Maramagambo in which chimpanzees shriek, and black and white colobus sait like dandies in white tie and tails among the branches.

If the area has the next best thing, a pattern of intense and recent volcanic activity in which 72 explosion craters, some quite tiny, others a mile or more across, interlock and overlap like rings in a pond where trout are rising freely.

Of animals, there is plainly no shortage. Hippos in huge numbers wheeze and wallow, buffalo include many ochre animals, a product of interbreeding with the forest buffalo of the Congo, lions that climb fig trees and lay in them all day keeping a sleepy eye on the antelope herds, elephants (although) not so big or heavily armed with ivory as the Murchison variety, topi graze in large herds under the eyes of the treed lions. The aquatic birds rival those of the Nile.

An impressive variety of wildlife in Queen Elizabeth National Park results from an equally impressive diversity of habitats. These include extensive areas of lake and swamp and the merger of two of Africa’s three primary habitats; forest and grassland (the desert is absent).

Fifty-seven vegetation types can be identified, but to keep your attention, we’ve summarized them as five: forest, grassland (and bushy grassland), Acacia woodland, lake-shore, and swamp vegetation.