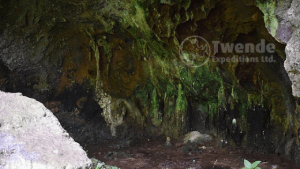 First our Culture series folk stories take us to the region of Bunyoro. Where we learn a little bit about the origin of the Batembuzi and the Bachewi dynasty.

According to oral traditions, it is generally believed that the Batembuzi were the founders of the Bunyoro Kingdom. Their existence is shrouded in a lot of myth, mysticism and legend and have been believed to be  gods hailing from heaven.

Second, There is very little concurrence, among scholars, regarding the Batembuzi time period in history, even the names and successive order of individual kings.

It is believed that their reign dates back to the time of Africa’s Bronze Age and there were 22 kings in total who ruled over Bunyoro- with Isaza being the last of the Batembuzi.

There came a time when Ruhanga’s son Isaza, out of curiosity decided to explore the Underworld; and was fascinated with the different lifestyle the people of the Underworld lived and stayed over for a long time.

He met a princess of the Underworld and fell in love with her. However, because of his long stay, he could not make his way back to the Heavens and got stuck in the Underworld. He married the princess and they went ahead to have children. His first son was called Isimbwa.

However Isimbwa had the wandering spirit of his father and somehow managed to find his way back to the land of his ancestors. Here he found the former gate-keeper – a commoner and tyrant, Bukuku had taken over the throne and was ruling over the kingdom.

Bukuku wasn’t a legitimate heir to the kingship and had been told by fortune tellers that one of his descendants would overthrow him and take over power. He had fathered only one daughter called Nyinamwiru who was the most beautiful girl in the kingdom and a princess.

Due to his paranoia, he imprisoned Nyinamwiru and cut off her breasts and removed one of her eyes so she would not be desirable to any man.

A day came while on his adventures, Isimbwa stumbled upon the dungeon Nyinamwiru was being hidden. He was mesmerized by her beauty and touched by her sorrow. He immediately fell in love with her and rescued her from the prison.

They ran away and soon married and had a son whom they called Ndahura. When Bukuku found out what had happened, he was very furious and immediately ordered a wide search for the little boy- his grandson.

Remembering the warnings from the past he sought to execute the little boy before he grew into the man who would eventually overthrow him.

Baby Ndahura was captured and Bukuku decided to end his life by throwing him in a river. Nyinamwiru begged and pleaded with her father to spare her only child. She vowed to migrate to the outskirts of the kingdom to the lands unknown and raise the boy away from her father’s kingdom.

Bukuku was adamant because the boy had royal blood flowing through his veins and was a legitimate claim to the kingdom he had grabbed. He went ahead and hurled him into the river and believed his troubles were over. He had killed his adversary.

As luck may have it, the gods were watching over their grandson. The baby’s umbilical cord got stuck on a tree branch and was saved from drowning. One of the king’s porters saw what had happened and hurriedly rescued him, hiding him in a cave.

However he could not feed the newly born baby. He was just a lowly porter. If he couldn’t find a solution, the boy would surely die.

The gods saw their grandson was in jeopardy. They magically made the walls of the cave grow tens of breasts, dripping with milk enough to feed all the babies in the kingdom. They came to be known as “Amabere ga Nyinamwiru” translated as Nyinamwiru’s breasts.

The baby was saved. He remained hidden for years feeding on the endless supply of milk in the cave. He grew big strong and as handsome as his father. Soon he was able to leave the caves and join other youth his age.

Bukuku still ruled over the kingdom. His wealth was in the massive herd of long-horned cattle he owned, stolen from the previous king Isaza. He was so proud of his wealth and named every single cow depending on the coloration and markings it hard on its skin.

The pride of his bounty was an all-brown cow, so perfect it had no mark breaking the earth-brown color on its skin. He named it Bihogo. His pride and joy. The darling of his herd.

Bukuku soon needed more and more young boys to help him look after his every growing herd and lead them to the pastures. Ndahura was hired as a herdsman and joined the other young men in the fields.

One day, unfortunately a lion attacked the herd and killed darling Bihogo. Word spread fast through the kingdom. Bukuku was livid! His most precious and expensive cow had died. He ordered everyone to search for the boy who was responsible for the neglect that led to the death of his beloved cow. He was to receive the harshest punishment ever and later beheaded.

Ndahura heard about the search parties hunting for him. He decided to pre-empt the second attempt on his life. He evaded the body guards, slipped into the king’s quarters and waited for him. When Bukuku was relaxing on his favorite stool, Ndahura sprang forth and speared him in the back.

Bukuku was shocked that anyone would penetrate he’s heavily guarded palace. He inquired in surprise who the young lad was. Ndahura proudly declared he was his grandson, true heir to the throne and went ahead and stabbed him to death, marking the end to the tyrannical king’s rule.

Ndahura declared himself king and ruler of the Bunyoro kingdom. The people welcomed him because of his unmistaken remembrance to his great grandfather Isaza. He was a great warrior and strong king who went ahead and expanded the kingdom to as far as all of southern Uganda, Western Kenya, Rwanda, Burundi, parts of Northern Tanzania, and Eastern Congo.

He was credited for introducing the Long-horned cattle in the region, iron smelting and coffee. Bunyoro kingdom grew in strength and was the most influential of all the interlacustrine kingdoms in that era.

Ndahura abdicated his throne and disappeared around the crater lakes area in Fort Portal leaving his son Wamala in charge. He left his capital at Mubende hill in charge of his favorite wife Nakayima. Wamala continued his father’s legacy expanding Bunyoro further.

He ruled on for a few more years until an outbreak of Foot and Mouth disease affected the kingdom, weakening the economy- many people had to migrate to save their cattle. This made it easy for the Babiito, the next rulers of Bunyoro to take over. Wamala, like his demi-god ancestors, disappeared to a lake named after him in central Uganda.

Finally, that was the end of the Batembuzi and Bachwezi dynasty and the beginning of Bunyoro-Kitara under the Babiito.

You can visit the sites in this story on a cultural tour by Us, contact us here.