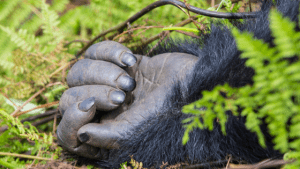 Gorilla mothers will often enlist the help of older siblings to help care for and protect their young.

Interaction With Other Species

Check out our most popular Gorilla Safaris Here: